When designing a new collection, there are a tremendous number of factors to consider, from silhouettes and textiles, to storytelling and models; all of which are informed by the collection's inspiration. The same may be said of a collection's photography and marketing campaign. Below, Frances Bleviss, discusses the inspiration behind Collection 5, including historical information about the life of artist, Suzanne Valadon, and her contributions to the French art world.
Suzanne Valadon’s women are women who wear LISA AVIVA: confident, elegant and curvy, accomplished, engaged fully in life. LISA AVIVA’s model poses to reflect several paintings: Renoir’s portrait of Suzanne with the braid, Valadon’s “Woman in White Stockings” and the powerful “Nude With Striped Blanket” – all three speak with rich and beautiful colour of a woman who knows her way in the world, who cares about things greater than herself. Concerns like clothing made of natural and sustainable materials. 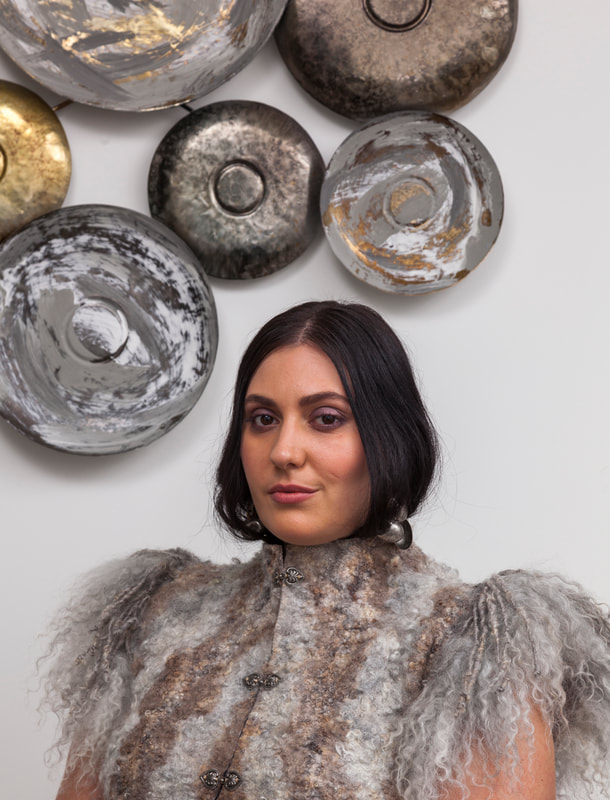 Sarah wears the custom made Hand Felted Vest, in Rocky Mountain
A trailblazer in her own time (1865-1938), Suzanne Valadon was a model for our time. The child of a poor laundress, she grew up in the streets of Montmartre, tracing a life from circus trapeze performer to artists’ model to accomplished painter herself. In 1894, Valadon was the first woman invited to show at the prestigious Societé National de Beaux-Arts, in Paris.
Suzanne modeled for Renoir, Degas, Modigliani and Toulouse-Lautrec, absorbing their painting techniques as she posed. With no formal art training, she began to paint in her thirties, in a style all her own. Degas bought an early work, hanging it among masters of the Impressionist and Post-Impressionist Paris. He and Suzanne became fast friends, and he taught her the technique of etching, referring to her affectionately as “ferocious” and a “she-devil”. 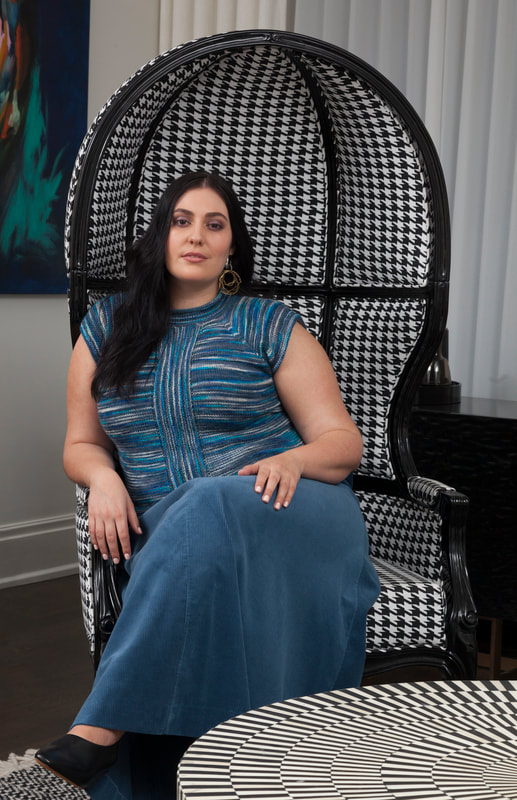 Model, Sarah, is wearing the Hand Knit Tunic Top, in Arctic Ocean and the Full Corduroy Skirt, in Lake Louise.
Known for her still lifes, portraits and nudes, her best-known works are those nudes, real women, comfortable in their own bodies, real bodies, not the passive and demure idealized women of her male counterparts. Often lost in thought, gazing out of the frame, her women lie or sit, with legs crossed, in front of or wearing richly coloured and patterned fabrics, reminiscent of Matisse. With oval faces and the almond eyes of Modigliani, their skin is modeled with generous brushstrokes, in the colours of Renoir and Degas. 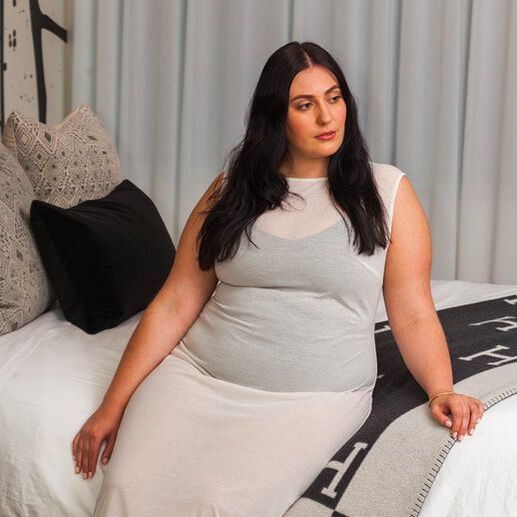 Sarah is pictured in the Sheer Cotton Coverup, in Moonlight. Jewellery: Michelle Ross.
In her personal life, Valadon was a rebel, from beginning to end. The mother of artist Maurice Utrillo, she became a single parent at 18, and remained devoted to him throughout her life. After having numerous affairs, she married a banker who paid for a studio in Montmartre, and lived a bourgeois life for 13 years, Some time later and in her fifties, she married a man twenty years her junior, a friend of her son’s. Although Maurice Utrillo became an accomplished painter in his own right, in the end she refused his generosity, dying as poor as she had begun.

But she died in front of her easel, with the satisfaction of having followed her passion, and having lived the life she chose.
Frances Bleviss, Regional Director, Eastern Canada, National Docent Symposium Council 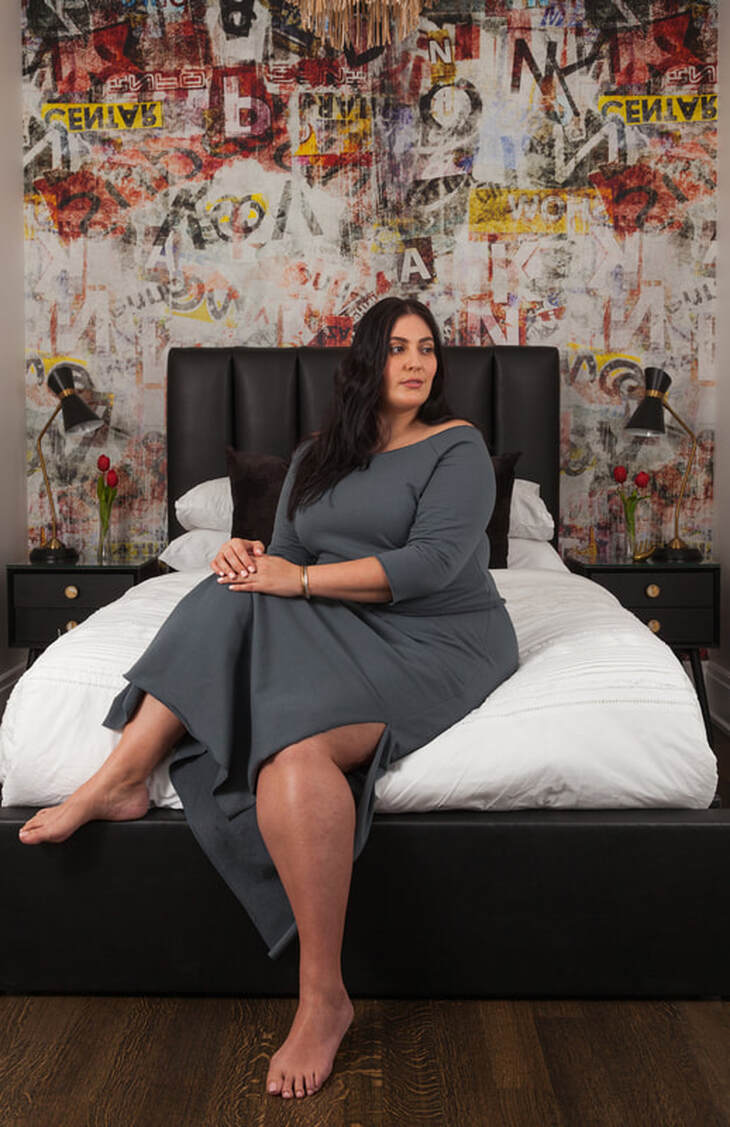 Sarah is pictured in the Fleece Skirt with Side Slits, and the Fleece Top, both in Marine. Jewellery: Michelle Ross.
FAQs
CONTACT US
STOCKISTS